What Is Oak Wilt?

After a decade in the industry as an arborist qualified as a specialist in oak wilt and now as an ISA Board Certified Master Arborist, now more than ever, I am convinced that education with accurate knowledge is one of the most critical services I can provide.

Frustrated with the over-generalizations, lack of depth, breadth, and sometimes outright incorrect information from some of the main informational sites focused on dispersing information regarding oak wilt to Texans, as well as my national audience, I’ve decided to provide on my website a “reader’s digest version” of “the rest of the story” on oak wilt.

I encourage you to check back frequently as myself with the assistance of a top-notch web development agency will aggressively be adding to this section. Simultaneously we are producing (but will not be publishing until entirely completed) a massive, treatise/compendium website without rival - both geared towards the general public seeking even more technical information, and especially to others in the industry in order to educate, to challenge, and to facilitate new ideas and practices relating to this disease.

What Is Oak Wilt? 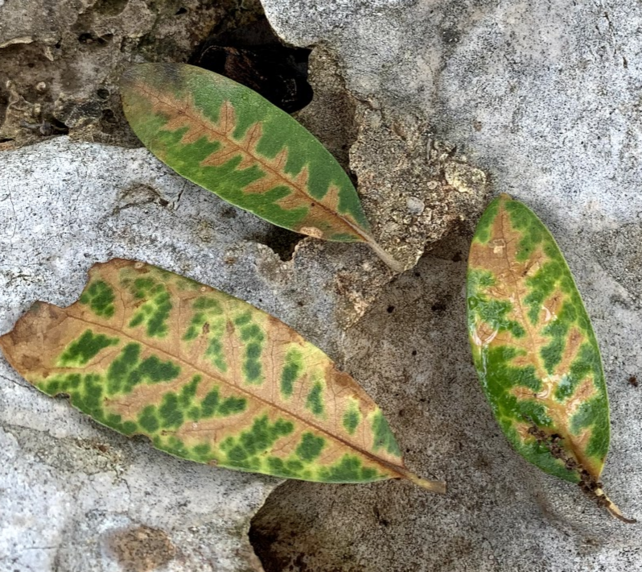 First, let’s define what it is not. Oak Wilt is NOT Acute Oak Decline. That is thought to be a bacterial disease mostly if not exclusively affecting oaks in England. It is not generic (oak) decline either, which is just a term used to describe why oaks or any tree for that matter is decline due to abiotic and or biotic stressors causing the mortality spiral pattern for large number of trees in a given area of any species. It is not Sudden Oak Death either. That is a water mold disease called phytophthora ramorum found predominately, if not exclusively in California and Oregon.

Oak wilt is a vascular wilt disease caused by a fungus that as it parasitically feeds on the sugars/starches created by the tree, it colonizes and clogs the water-conducting (xylem) vessels of trees in the Beech family (predominately oak species but also chestnuts and several others!).

The severity and rate of mortality is also due in large part to the self-preservation response of the tree – in which the tree shuts down and kills most of its colonized tissue in order to compartmentalize or trap the fungus and limit its full movement within the tree. Previously, the disease taxonomy was called ceratocystis fagacearum (“shut down/closing off/i.e. death of beech”) but has now been re-named bretziella fagacearum, in commemoration of the first researcher T. W. Bretz who pioneered the very first research and classification of this disease in the 1950’s in Minnesota.

Below we see an inaccuracy with the Texas Forest Service wherein they state that this wilt disease only affects oaks – but in actuality it affects the entire beech family. What would be true is that in Texas it almost exclusively affects oaks as few other members such as Chestnut tree species comprise only a very small population of the trees in this state.

Oak wilt is the worst tree pathogen in Texas. 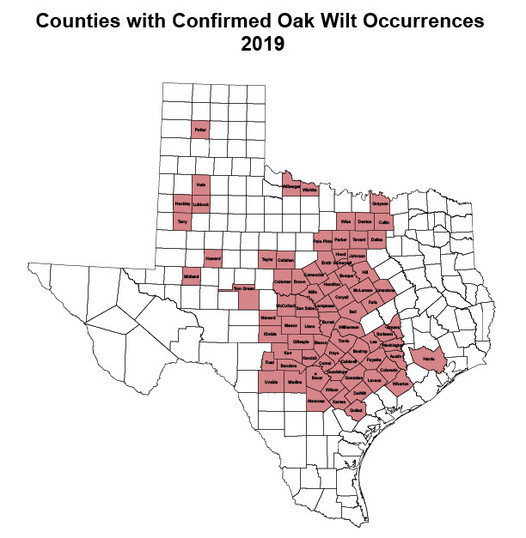 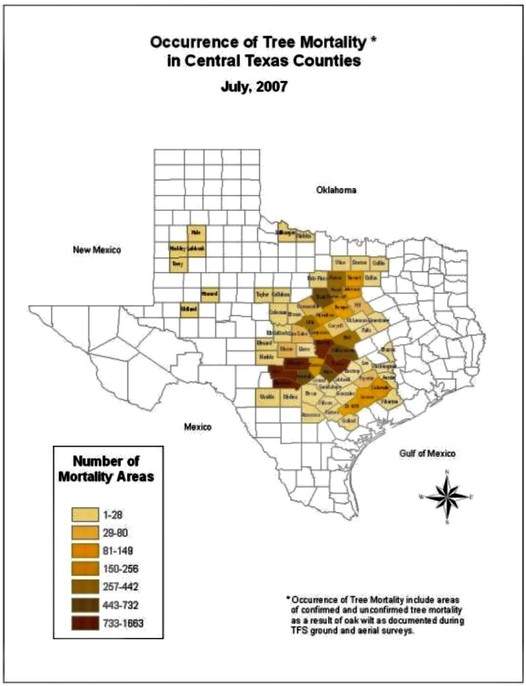 It is in the top 5 tree pathogens in the USA. The national oak wilt map is eye-opening to the Texan as it clearly shows that our severe problem is actually only a small percentage of the total expanse of this disease. It is sobering to see how seriously our entire national tree cover is being affected by Oak Wilt.