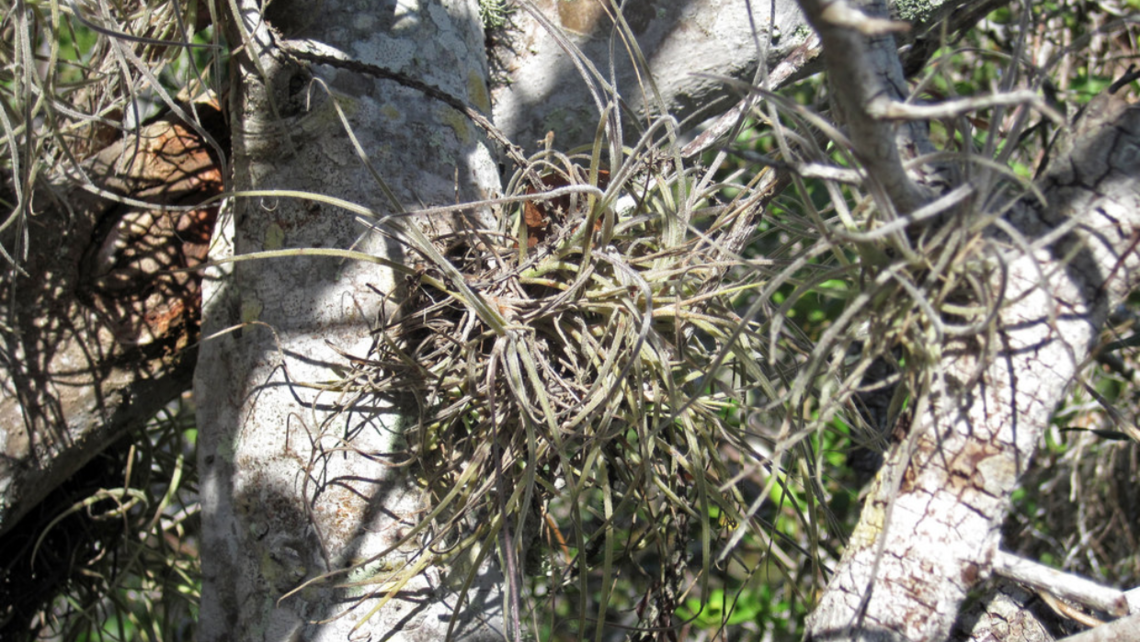 As often as I’m questioned about this particular plant, which is found so commonly in the trees of central Texas, I almost feel like I should apologize for not addressing it sooner. What follows is a definitive Q&A treatise on all things ball moss.

“What is ball moss?”

“What is an epiphyte?”

An epiphyte is not a parasitic plant. Rather, it adheres to its host (tree, fence wire, phone line, etc.) and obtains essential nutrients and moisture from airborne dust, organic litter, rain, dew, etc. that accumulates in its unique leaves and root system.

“Does it hurt the tree?”

Though it is not parasitic, ball moss does hurt the tree. It is a minor to moderate health threat for the following reasons:

“But most of it is on dead branches…it is killing the branches, right?”

Actually, ball moss accumulates on dead branches after the fact. Inside the canopy of a big tree or group of trees, the very lightweight ball moss’s propeller-like seed loses speed and more easily adheres to rough surfaces like a dead branch, often bouncing off tree leaves and floating past them. In most cases, the branches died as a result of the tree phasing them out because those particular branches were not photosynthesizing enough on account of a lack of sunlight to the canopy interior. (Trees are extremely efficient when it comes to resource utilization). Humidity and more organic debris build up in this micro-climate, which results in higher germination, propagation, and all-around ball moss health.

“What should I spray it with?”

Never spray ball moss with an herbicide, sodium bicarbonate, or copper fungicides. All these methods of treatment harm the tree.

“What should I do about the ball moss?”

Remove most of it mechanically (pole saw, hand pick it, etc.) every three to five years (adequate in most cases). DO NOT let a tree contractor remove a lot of green leaves in order to remove all the ball moss. Leaves equal food production for a tree. Starving a tree in order to remove ball moss is never a good practice. Proper canopy cleaning (which includes some canopy thinning) will remove most of the ball moss and increase airflow through the canopy, both of which will decrease the amount of seeds, locations for attachment, and likelihood of attachment.