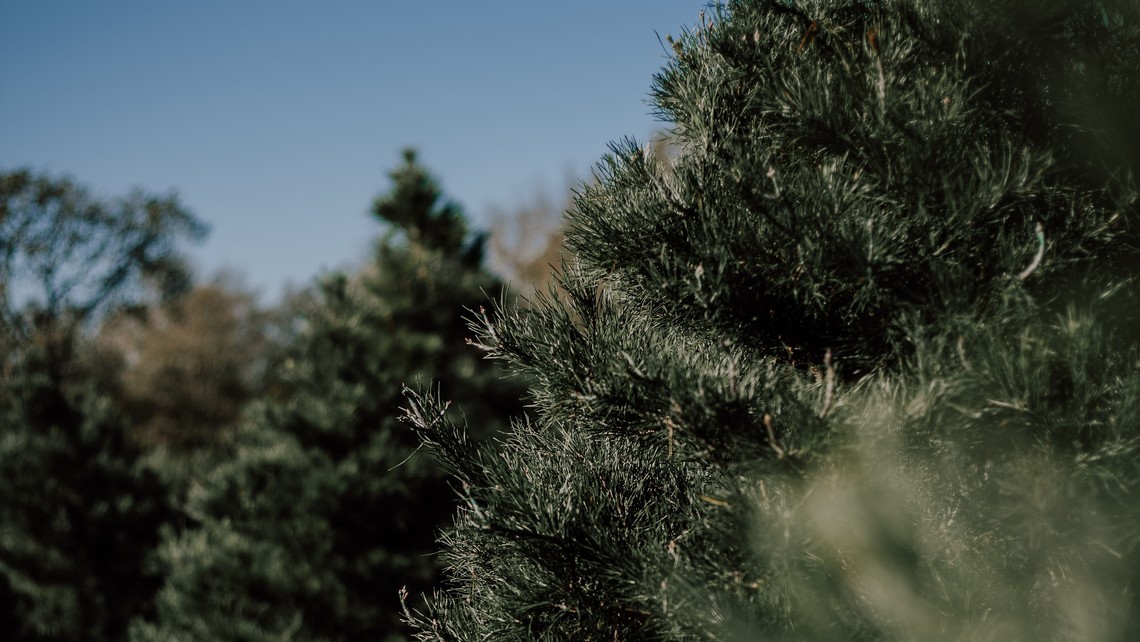 As a refresher, the themes that govern the topics of my articles are that of diversity and xeriscape. As we enter this holiday season, a look into underused evergreens seems appropriate. As our attractive color-changing deciduous trees lose their leaves, winter avails us a good time to pay more attention to those trees that still have leaves—evergreens. My article focus, though, is primarily geared towards conifers (as opposed to a Live Oak, which is sometimes grouped as an evergreen).

As I drive through many areas of the Texas Hill Country, I pay close attention to where and how and which evergreens are present as well as how healthy they are. Within a particular area for example, there are a multitude of healthy pine species. Japanese Black pines, Afghan pines, Mexican Pinyon (closest native-occurring pine), Italian Stone, Aleppo, and Austrian pines flourish in this area.

In more selected placements, the Slash pine, Longleaf, and Improved Loblolly pine, as well as the Eastern Red Cedar and Leyland Cypress, can be great choices.

Further, there are numerous other previously un-introduced pines that are showing a lot of promise in my experimental nursery. Interestingly, the closest Christmas tree farm where you can actually cut down your own living tree out of a planted field is a farm of Afghan Pines located nearby. Other evergreens that flourish here are the Deodar Cedar, Blue Atlas Cedar (there is an absolutely spectacular collection of these two species in various areas of a nearby shopping area), Yew tree, Arborvitae, Italian Cypress, and the Arizona Cypress (the cultivars “Carolina Sapphire” and “Blue Ice” are of particular eye-catching consideration).

On the topic of xeriscape I would like to clarify some myths about the water-use of evergreens. The example I will use to represent the evergreen population is our over-abundant Ashe Juniper, which everyone colloquially calls “cedar.”

It is a fact that one of the very few tree species that can stomach one of the most inhospitable regions of the hill country must be one of the most water-efficient native species of all. Our cedar is just that species.

It is not a “water-hog”! Popular opinion conflicts with this but is not based on scientific evidence. Water consumption of Live Oaks is considerably higher! By extension, the numerous other species I’ve listed all have similar capacities as far as efficiency of water use. This is for a number of reasons. Even though they photosynthesize all year long, they can “idle” at this process at a much lower rate during the heat of the day and during drought periods. They lose less water during the idle period as well—a result of thick cuticles on their leaves that deflect sunlight and keep tree tissue at a lower temperature than, say, a thin-leafed tree like a Bigtooth Maple could do.