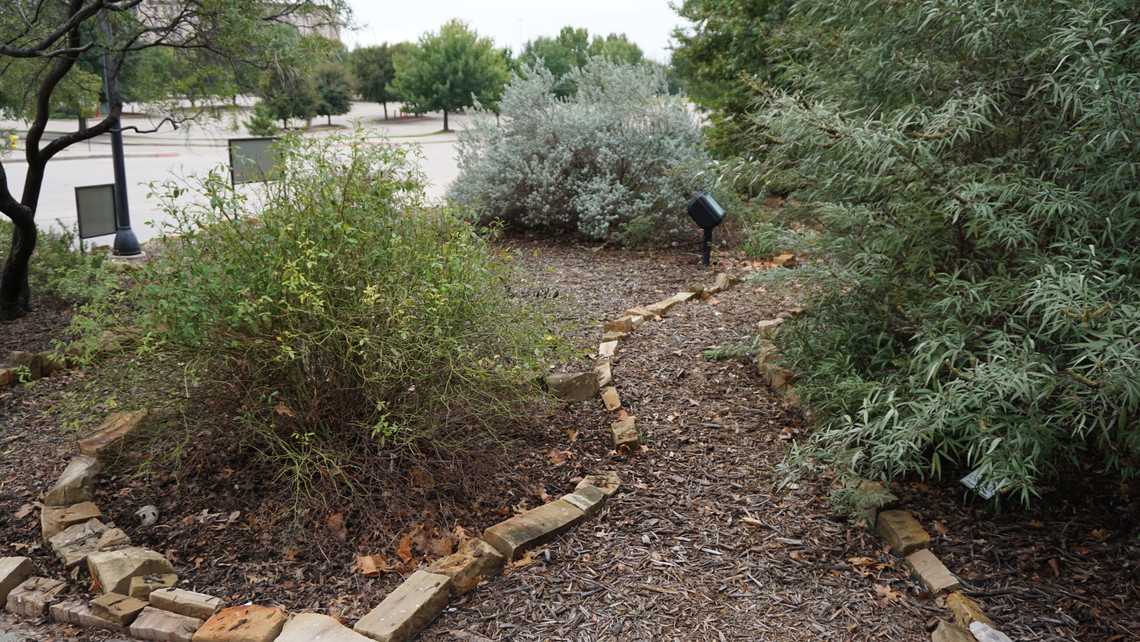 I often encounter a perception that xeriscape and diversity are juxtaposed against one another. You can’t have a diversity of plants if you don’t water.

You can’t have a diversity of plants if you don’t water.

Let’s begin unraveling this dichotomy by correctly defining xeriscape. Xeriscape is not the exclusion of all irrigation from the landscape and use of only arid, desert-type plantings (succulents) and rocks. Rather, it is the use of irrigation in a supplemental fashion and the selection and placement of various plants based on their capacity to handle some drought stress. Many of the plants recommended for xeriscape use are native species, but these are not the only species that will thrive; thus, xeriscape does not equal “natives-only” or even “natives-preferred”. With proper depth of investigation into the plentiful options of plant species that could thrive in dry climates, there is no need to worry about monocultures of the same species in everyone’s yard placed into slightly different arrangements.

What are some of the major xeriscape principles? Water-wise, they are to minimize water run-off and evaporation, increase moisture retention, and select hardier plants that don’t require frequent watering. These principles are accomplished through things such as collecting rainwater from gutters in barrels to use for watering and adding topsoil dressing to turf to increase the depth of the topsoil layer. Additionally, you should mulch landscape beds regularly. Finally, ensuring that the plant you purchase or a landscaper acquires comes from one of the few nurseries who have high-quality control commitment to important aspects such as seed/cultivar source, and purity of strain and species. The plant(s) should be grown in good potting soil and containers in the local area.

In next month’s article, I will address the devastating disease called oak wilt.

The truth of this disease is that it impacts all oaks, and the importance of diversification in tree species planted from here on out is very important. I often hear that white oak species are resistant to the disease, but the facts are that oak wilt kills Burr Oaks, Lacey Oaks, and Bigelow Oaks. The well-meaning intentions of misinformed nursery owners and landscapers do not correspond with the evidence. There are many other tree species flourishing in the Texas Hill Country. Some examples are varieties of pines, Arizona Cypress, Sweetgum, varieties of Magnolias, Bald and Montezuma Cypress, and many more. I would like to see more of these alternative species utilized in greater numbers versus just opting for another species in the oak family. There are numerous actions that can be taken to greatly limit the trees that die from oak wilt. These include injections of trees in imminent threat of contracting it via root grafting from neighboring trees and creating more ordinances that discourage the transmission through insect vector transmission as a result of poor pruning practices by irresponsible contractors.