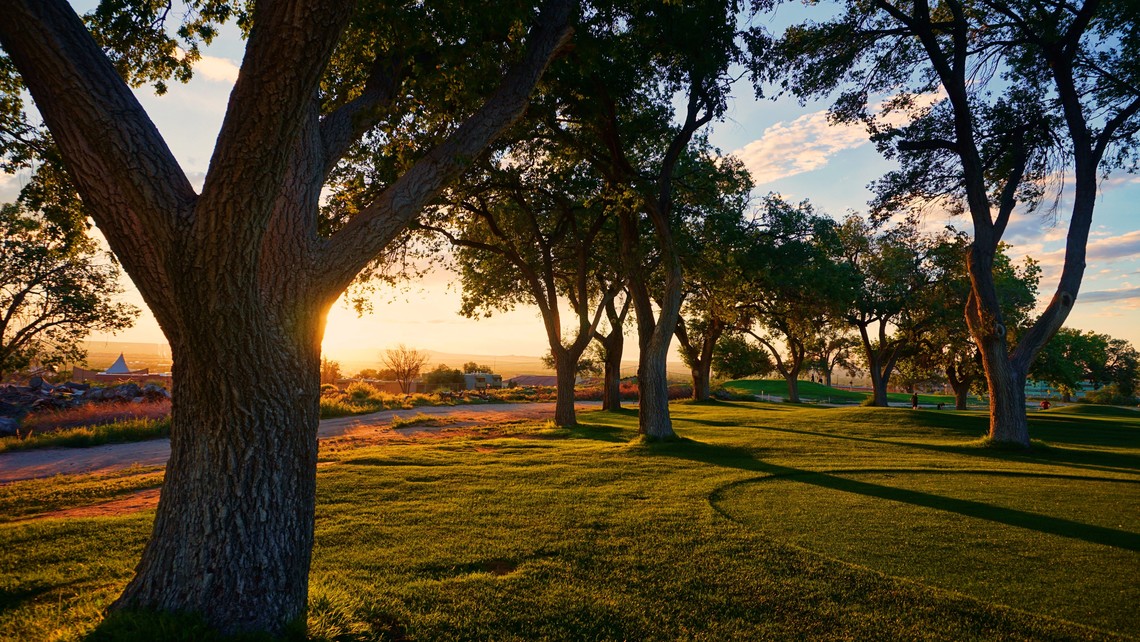 Ceratcystis fagacearum, otherwise known as oak wilt, is the single worst tree pathogen in central Texas. The devastation will not abate and is likely to get worse. Further, it is an epidemic disease afflicting all species of oaks from Illinois down to Texas. In this article, I will cover the basic science of the disease and offer some practical and effective responses to this disease. My hope is two-fold: that much of the misinformation about oak wilt will be dispelled and that I can inspire diligence amongst affected communities to produce a more successful response to the disease. Topics of this article will be as follows: biology of the pathogen, methods and rates of transmission, and prevention and prevention and oak wilt treatment.

Oak wilt is a fungal pathogen that affects all oak species. The fungus colonizes and thereby clogs the tree’s vascular tissue causing starvation and dehydration, thus the typical symptoms of leaf abscission (leaves falling off tree) with the following patterns: veinal chlorosis leading to necrosis (leaf vein death), less typical symptoms of tip and or margin blanching, and in cases of mortality in less than one month, the leaves turn brown quickly and remain on the tree.

Further, the tree’s immune system responds aggressively to the infection by trying to compartmentalize (kill infected tissue) the disease and in many or most cases ends up dying prematurely by means of a tree “suicide”.

Oak wilt is spread in central Texas primarily through means of grafted/interconnected root systems, allowing the disease ample routes to move from one to the next. Root transmission rate is dependent on many factors: amount of water (rainfall and or irrigation), distance of neighboring trees, number and size of root grafts, seasonal temperatures and amount of sunlight. I have witnessed little to no movement to slightly over 150 ft. of movement in one calendar year. It is less commonly spread by sap-feeding beetles called nitidulid beetles and bark-feeding beetles. In the case of the sap-feeding beetles, they land on fungal mats (because they have a smell similar to their food source of tree sap) growing on red oak species (Live Oaks do not produce fungal mats and therefore the firewood provides no threat), get the spores on their bodies, and then carry them to fresh wounds on oak trees, thereby infecting them. Beetle activity is year-round in central Texas. The beetles are more active during mild weather, but winter days with a high of 75 degrees are not an unusual occurrence. The infection of the largest tree I ever treated was in Hye, TX. It was due to a new beetle-caused infection during the month of January. Thus, transmission possibilities are all year long. Finally, I’d like to note that chainsaws do not transfer oak wilt and are self-sterilizing on account of the operating temperature exceeding the temperature that the fungus can live in.

Regarding our responses to the threat of this disease, what is most important to take from the insect vector information is that the beetles smell sap and are attracted by that smell. Therefore, spraying an oil-based paint on a pruning wound not only provides a barrier against spore transmission, but the smell of the paint acts as an extremely effective deterrent for a beetle with spores coming anywhere near the wounded area! The time of year for pruning is not nearly as critical as following professional pruning practices, such as sealing live tissue (not dead woodcuts, which are non-transmissible) promptly afterward. The tree in Hye, TX was not sealed after pruning because “it was winter”, but the science of tree wounding is that tree wounds in winter stay uncured and vulnerable much longer than in the other seasons due to their dormancy response time. As far as human wounding is concerned, I would like to make something absolutely crystal clear: construction companies and builders as well as ranchers using uneducated workers and heavy equipment make up the majority of new human-caused oak wilt cases. Finally, one thing we can do very little about and a main reason for new oak wilt centers, is that many of the tree wounds are naturally caused by things such as rubbing limbs, wind breakage, twig-gnawing insects, lightning strikes, squirrel- and porcupine-gnawing damage, and the like.

Beside sealing cuts and legislating and enforcing laws against construction-caused damage, we can also either trench around and/or treat trees to minimize tree loss.

In most residential cases, trenching is too difficult or impossible with underground pipelines, property boundaries etc., so I will go into depth on treating the disease with fungicide. Fungicide treatments can be as effective as 85% or better at saving individual trees from not only death, but significant canopy loss. The key to this success with treatment is retaining an expert to make a plan for treatment if you know the disease is within 200 ft. of your property. Experts should have a set per-inch diameter price, consistent high results with a single one-time-injection!, willingness to provide numerous references, a dedication to injecting within a monitored progression of the actual disease movement as opposed to injecting trees well beyond a year’s travel distance of the disease (to inflate their here and now need for income), use the product Alamo fungicide (as opposed to Kestrel or Quali Pro) and apply dosages of 20 ml per inch in most cases. The experience and training of the consultant and the injector are the most critical factors of achieving the high results of success and the capability of doing so in one treatment. Secondary treatments are rarely needed and generally have a much lower value than the initial injection.